So you’ve just moved into that four-room apartment, but you would like some company. Most apartment landlords don’t allow pets. But the definition of a pet is almost always “cat or dog”, or maybe even a dolphin, depending on where you live. It’s safest to ask your landlord what exactly he or she means by this term, just to stay on the safe side, but if you are less concerned about their feelings and more about your own, you may want to consider a Chinchilla. These fuzzy little creatures are both cute and inquisitive, and if raised right, will be a great companion. 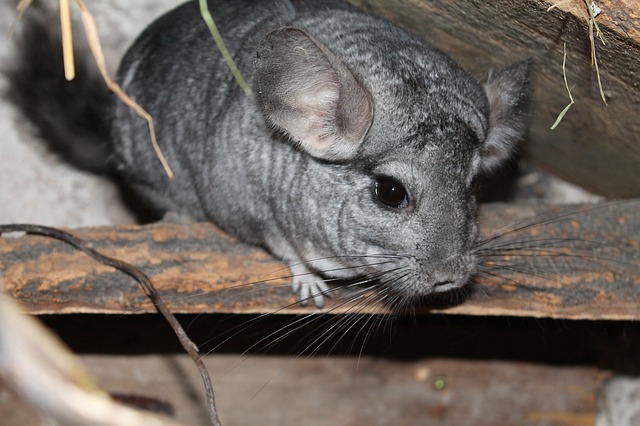 These little guys come from the mountains of their South American home in Chili. From the 16th century until now, they have been used almost exclusively for the fur trade, because of their soft luxurious fur. This is because many chinchillas have nearly 60 hairs sprouting from a single hair follicle. No longer are wild chinchillas hunted for their fur, though now they are bred for this purpose.

Lately, they have become a popular pet, usually in the $150 range. They need a few things, though what they do require is paramount. Keep an eye on these few things, and your chinchilla will be happy and healthy, and they will entertain you for years to come.

Chinchillas are a great pet for adults and animal-sensitive teenagers. I cannot recommend them for children, as they are somewhat more fragile than a hamster or rabbit, and some children, while meaning well, maybe the last thing they need. These creatures already move quickly, and will not usually let just anyone hold them, but due to their already fast heart rate, a child chasing them around the room may be too much for them. Please use caution when trying to pick up or hold your new friend, as he or she will become excited.

Home for these little guys is fairly easy to find. Birdcages with closer spaced bars are a good idea, but you can purchase chinchilla specific cages. Because of the bar spacing, these will almost always allow for the fitting of custom accessories such as perches and ramps. You must get one that is made of metal without a metal mesh bottom, or anything with holes to which their feet could slip through and get caught.

A food source is also easy to locate if you so choose. Simply pick up a bag of premixed chinchilla food. Rabbit or hamster food will not substitute well, as it lacks a few nutrients they need. You can also take a look at what is in these brand named bags, and mix up your own food. Treats are usually not recommended for these types of creatures, but small servings of peanuts or a few raisins a week are fine. Be sure to include a handful of real Timothy hay or alfalfa every day or every few days. Both can be used to fortify a pellet diet, and it gives the creature something else to do. A busy chin is a happy chin. Its also wise to use a water bottle instead of a water dish as they may knock food into it, or foul it themselves.

Due to their natural inability to sweat, they must be kept in a temperate climate, no warmer than 75-80 degrees. They do best in 68-73 degrees, and cannot be given baths. Instead, chinchillas take what is called a dust bath. You can purchase this material at a pet store along with a bathhouse for your new friend. It’s quite comical to see them roll around rather violently in the dust, just be sure to place this in the bottom of the cage to ensure as little dust leaves the cage as possible. Though you shouldn’t let them bathe every day, they usually knock the dust from the bathhouse in the first few hours, so you will only need to refill the house with no more than a tablespoon at a time, every few days.

Along with dust bathing, and temperature monitoring, they also need something to chew on. They are by definition rodents, which means that their teeth never stop growing. To keep their teeth from hurting them, it’s best to buy them small blocks of wood or specialized chewing blocks, some which can help their diet, but not act as a primary food source.

Like many other rodents though, you may have trouble getting to sleep, as they are nocturnal. They like to run and jump throughout the night, which may have a negative effect on your sleeping pattern. It’s best to place them in a communal place within your home, but apart from where you sleep. It’s also a good idea to place something in their cage to allow them to exercise throughout the night. During the day they should also have a half to a full hour of exercise daily, not only for their health but to become acclimated to you.

Handling your new friend is very much the same as handling any other small creature, only this one is quite fast. Given a chance they will leap from you and head for the nearest cave. They love to burrow and search for new places, so be sure to keep a tight but nonrestrictive grasp on them as you take them from the cage. They may fight you and run, and perhaps make barking or chirping noises, but if you can get them acclimated to you first, it may decrease this. I’ve found the only way to get an adult acclimated to you is to spend a lot of time outside the cage with them. Once they realize that you will not harm them, they usually warm up to you and will want out. 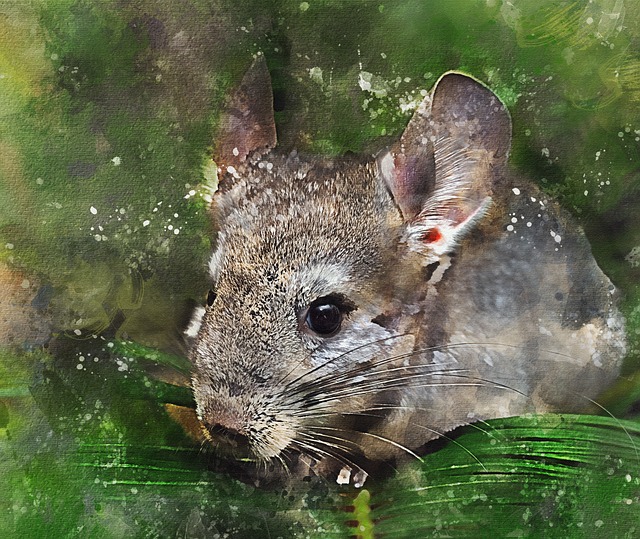 Placing them on a bed is a nice place for you to interact with them, as the floor might be simply too0 great an area to control, and they may leave you sitting, running off on their own. Remember, they are rodents, so when they get the chance and urge, they may begin gnawing on whatever is around them including the walls, chairs, or table legs. Keep cords and any wood that has been treated or stained away from them.

The bed and pillows can be used to create a landscape filled with caves, though take care as they might get trapped under a pillow. Careful attention will keep your little friend happy and comfy as you both get used to each other. Full-grown adults are almost always more difficult to acclimate to you, though babies, or “kits” as they are called, can be easily domesticated. Multiple chinchillas may latch onto each other instead of you, so it’s probably the best idea to allow them to get acquainted with you first.

Keep their home clean and their food bowl full, and they will happily live in the cage, but if you want a companion, the closing time will need to be spent. Interaction with them every day will reward you with a new friend and companion.